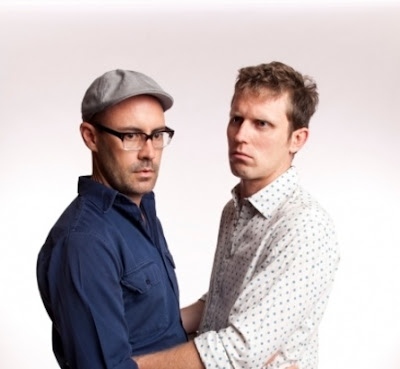 Braggadocio, boys and their toys, and buddy movies all cop a serve, interspersed with mock ad breaks and a satirical take on current affairs; but the show is at its best when Quirk and Simmons crash through the divide which separates homo-social behaviour from homosexual activity, to frankly explore the difference between mates and mating. Male bonding has never been funnier.

An edited version of this review originally appeared in The Age on Tuesday March 31.

Posted by richardwatts at 1:45 pm